In a momentary lull of combat, our adventurers realize that they might want to get the heck out of there. A fresh orc prisoner in hand, they gather their merry band of murder-machines and strike off down the clear path into some rather foreboding woods.

However, getting to the woods is no easy task. Some orcs are genuinely amazed that we have killed their two largest warriors, and some are rather angry about this. Channeling the instincts of a halfing, Dorrance leaps up on top of the large orc and de-hearts him. A few bites of tasty orc heart later, he has half of the orcs groveling before him while the other half are forming up into pockets of malcontent. Attempts to order his new minions to attack their much larger dissenters are unsuccessful until he puts on the lovely red sun-bonnet formerly worn by Redcap. 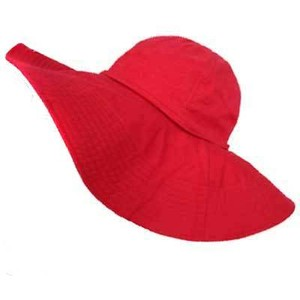 In the ensuing chaos, the group slips down into the spooky forest, defiant orc lackey in tow. In an attempt to figure out where they might find the Crown of Flame, a relic which gives one a personal connection to the plane of fire, Gent has a conversation with the formerly dead head of Samuel Redcap. The team learns of the evil temple ruins to the north, and in the process thoroughly freaks out the orcish mini-me. He is more than happy to part with a map the orcs had taken as a rubbing off of some nearby ruins in order to buy his freedom.

Dorris [who is actually Dorrance, but Zodias feels this name is more suiting] attempts to attack the orc, however Eoghan and Garamond intervene. Nobody is much worse for the wear, however Dorris now has a stinging bottom from being smacked with the flat of Eoghan's blade. In an attempt to buy the group some time, Dorrance decides to punch down one of the many trees nearby to block the path with what everyone hopes will be a flaming log.

Imagine everyone's surprise when, tree held aloft, Dorrance's feet are swept out from under him by some kind of tree beast's vines. Oh and he drops the previously held tree on himself enduring some pretty serious injuries. After a pretty hectic half minute with the tree, some orcs blunder down the path and quickly find their way directly into the tree's swinging branches and/or mouth. The party slips off out of their clearing and over to a game path where they head off on a meandering north-by-north-east direction.

Traveling around the bend, Eoghan's wolf Cana is set upon by some Rodents of Unusual Size. Despite Gent taking a rat to the face, everyone dispatches the rats quickly, including an acid-blood rat which just happens to spray all over Zodias' face. The pain from the burning acid reveals his inner flame to him, and Zodias defensively burns away the harmful acid as a small pulse of fire radiates out of his body.

After an hour of traveling up the game trail amidst the supernaturally quiet, spooky forest, the adventurers came to a hollow where they felt they could bed down for the night. Eoghan shaved, Gent studied, and Dorrance passed out immediately having sustained substantial self-inflicted wounds.

In order to create even more fun for his friends, Garamond attempted to cast a cleric sanctuary spell he had been studying to consecrate the ground to his god, Utar [god of truth]. Sadly it seems he managed to invert the spell and created a place of power instead to Ratu [god of lies and deception]. The group is now stuck inside a bubble of darkness, and nobody quite has an idea of how to deal with it.

Garamond's attunement to fire alerts him to brief flashes of flame, which seem to jump all around their campsite outside of the inky darkness. After waking up everyone but Dorrance, everyone takes a step back while Zodias decides to test the barrier by sticking his face through. On the other side there stood a being of black flame, which Zodias quickly manipulated into the bubble. The formidable foe was then quickly subdued when Zodias suggested that it should be his new servant.

Leaving only the problem of the unholy barrier, Gent devised a ritual consisting of some fire, some blood of a creature aligned with the diety, and the finger bone of a "priest of death". Torch [Zodias' new buddy], volunteered some of its magma blood, and a ritual circle was used to dispel the barrier. Thoroughly awake at this point, the party figured they should set out on the next stage of their journey.

Woods, campers, and explosions; oh my! What did our heroes get into this week? Today's roster: Shank, the roguish…

Our intrepid adventurers are off to an auspicious start in the world of... Dungeon World! Our myriad crew of…