Our happy-go-lucky gang of misfits stands on the edge of auspicious events... or perhaps just the edge of a massive clearing that is way creepier in the dark. Who will they run into? What will try to eat them? Is Zodias just afraid of the dark? Perhaps we'll find out in this week's Dungeon World Recap. 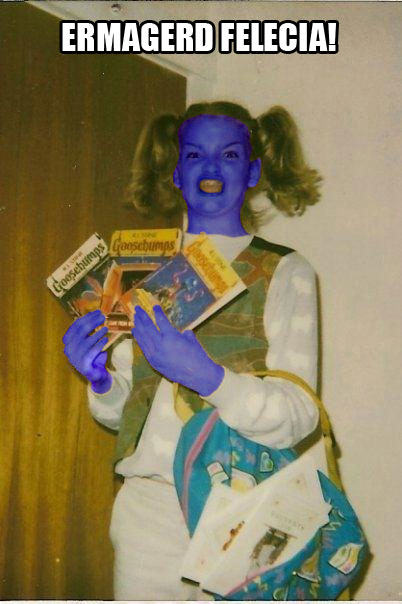 As our assorted dungeon delvers stand at the edge of the tree-line after a hasty retreat from the earlier campsite, they become aware of some not-so-stealthy movement: namely someone cursing and stumbling blindly through the clearing in their general direction. Suddenly a purple-skinned night elf appears to those who are able to see in the dark. Lights are produced, and the party meets Felicia the bard - some for the first time and some... not so much. Unfortunately, the party also meets the 6 zombies that Felicia unknowingly dragged along behind her as she fled from her orcish captors.

With all manner of urgency, Garamond and Eoghan leap into the fray and begin to seriously wound the small group of zombies. Zodias, feeling the vigor of combat course through his fiery veins, conjures an unwieldy 20-foot-long flame sword which is of little use other than singing some of his companions. To make up for it, Zodias requests his servant Torch's aid, and in a daring display of pyrotechnics launches himself into the center of the zombies so that he can explode with the force of 10,000 suns. While it completely destroys the errant zombies, it also melted Garamond's shield into an unusable mess of metal and burnt wood.

The party requested that Shank, their thief, scout along the path to see if it was impossibly covered with zombies, however he used his quick thinking and familiarity with the foes to convince Eoghan to fire a flaming arrow into a bush some 50 yards off of the path. This had the desired side effect of drawing the zombies to the burning bush, allowing the assembled group to start traveling toward the center of the clearing. This was all incredibly successful - until it wasn't.

A rather speedy zombie descends upon the group as they traveled along the meandering path toward the temple. The party engages with not only missiles (magic and otherwise) and steel, but the lovely accompaniment of Felicia's lute. Garamond attempted to cleave the zombie in twain, however the new unwieldy two-hander becomes embedded in its midsection. Feeling rather sure of her musical magic, Felicia attempts to drive the enchantments from the speedy ghoul. This of course has the unintended side effect of making everything even worse, as when Shank removes the zombie's head, shadowy tentacles sprout from both ends of the severed neck.

Upon dispatching the shadow blade tentacle horror's various pieces, the gang are faced with another 3 shambling messes. Again seizing the moment, Zodias leaps in front of the rest of the group while conjuring two balls of flame. He skips them along the ground while willing them into a perfect maelstrom of fire and seared zombie flesh in a cacophony of light and sound such as the party has not seen in any of their recent travels. This is likely the kind of thing that would be noticed for a few miles in any direction on such an otherwise quiet night.

Following their fun encounter with another strain of enhanced undeath, Eoghan and Shank decide to just lead a quiet charge down the path while beheading any zombie they encounter. As they near the end of the path, they come across a pair of orcs attempting to open the temple door while another nervously keeps watch against the darkness. The party is able to dispatch the orcs quickly with one arrow to the head, and various other pointy things inserted into the door openers.

In doing so, Gent was left open to a flanking ambush by an orc who shot him squarely in the leg. In an attempt to flee, Gent had jumped through the bush he had been crouched behind, providing the perfect step for Eoghan to leap off of. An airborne Eoghan releases the arrow nocked on his bow string, firing perfectly through the darkness and striking the orc, who drops his elven bow before fleeing into the darkness.

From his vantage point in the dirt, Gent spies two enormous reddish orange eyes off in the distance, easily a foot apart and 6 feet off the ground. Sounding the alarm, he breaks the arrow head off the embedded arrow and painfully removes the remaining shaft from his thigh. Thanks to a quick bandaging from Felicia, Gent is able to stand and join the party as they try to figure out how to open these doors.

Garamond is able to remember that the ancient Cimmerian civilization had dropped their defenses against divine, good energy at their heights and was able to draw upon his holy energy to open the door with assistance from Gent and Felicia. The assistance and holy energy did not go un-noticed, as the unknown giant beast roars and pounds the ground toward the adventurers. The group piles into the temple, where they frantically try to figure out what magical movement will be needed to close the doors - only to be outshone by Shank who merely pushes the door closed.

Whitewashing a building or fence is a tedious process: the wash is thin, the wood will barely soak up…

Woods, campers, and explosions; oh my! What did our heroes get into this week? Today's roster: Shank, the roguish…