Having escaped a brutal fight with El Jahad, one member lighter for the efforts, our adventurers find themselves pulled into a very different plane of existence than they are used to. Will they find a warm welcome among the many dwarves living on the fire plane, or will it be a chilly reception as they try to find a way back home?

While Dorrance seemed quite enamored with the many maidens within the temple of Nantosvetla in Redrock, the rest of the party felt that they needed to start exploring their options for returning to their homes. After restocking on some necessities, selling off un-wanted spoils, and asking around about a certain Crown of Flame, Gent heads toward the Arcanist District in the middle of the city.

The Arcanist district is a maze of winding alleyways, little shops packed in here, there, and everywhere there is enough space to hawk magical components. Gent chooses to go into a small shop a bit off the beaten path called "Magic 'r' Us", run by a dwarven wizard named Justin. After looking at the book that Eoghan had given Gent, Justin offers to buy it for 10,000 shiny coins in addition to helping Gent learn some of its many secrets. In fact, one of the rituals contained within its pages may allow travel back to the material plane.

While the group is conversing with the friendly shopkeep, the doorbell chimes as a rather ridiculously dressed dwarven wizard enters the shop, accompanied by 2 dwarven city guards and 1 human guard of the state church. The wizard, Felix, demands that the visitors relinquish their property and accompany him to the castle upon the mountain overlooking Redrock, however he didn't expect Garamond to be a paladin of the very god from which his government claims its divine authority. Garamond displayed his connection to the divine, leaving Felix sputtering and rather taken aback after a face-to-face encounter with raw divine authority. He agrees to allow our adventurers to keep their belongings, but insists that they must still accompany him to the castle for "immigration" purposes. As they leave, Justin lets a few choice words for Felix slip, while Zodias is able to exit the shop and trail the group - unnoticed by any of the guards or wizard.

Felix leads Gent, Garamond, Eoghan, Felicia, and the guards through a richer part of the city, where they come upon a rather ornate square used by all manner of artisans to sell a bit of their stock. Being rather much taller than much of the townsfolk, Gent is able to spot a rather interesting group of dwarves practicing pyromancy right out in the open. When he brings this fact to the attention of their escort, Felix ushers them off into an alley while the guards have dispersed to help with the various bits of commotion surrounding a rebel attack upon the statue at the center of this ornate square.

The local wizard gets even more demanding of the party, which quickly wears on their patience. As they attempt to take their leave of him, Felix casts an immobilizing spell utilizing a cloud of pink dust. Eoghan is able to knock him out with the flat of his blade, but Gent is unable to counter the already-active spell and finds himself bound to the pathetic wizard through a very strong charm. Felicia is able to deflect the magic from herself, and Garamond shrugs off the effect of the spell, while Zodias hauls Eoghan up to safety on the rooftops. The effects of Felicia's bardic magic ripple outward through the crowd in the square, causing the various townsfolk to fall down wherever they may be. Thankfully she is a bit more focused when lifting the enchantment from Gent's mind. Zodias snags a focusing medallion off of Felix, before they scamper back up and over the roofs to regroup back at The Purple Cockatrice.

Garamond and Felicia attempt to get some information out of their host, Rolph, using their best assets - boobs, and boozing. Neither proves particularly effective, however they do learn that Rolph's son, Jim, had joined the rebels - who wish to return to the Material Plane after their many centuries of blissful exile here. Garamond decides to try drinking his way into the good graces of 2 strangers, Rick and Seth, who are sitting at a table in the buzzing tavern. He's able to glean a bit more information from the pair, before they decide to take their leave of the outsider. However, in doing so, Rick clearly leaves a note bearing an address for Garamond to have, which is surreptitiously stowed away under his mug. With a head full of Dwarven XXX, Garamond pulls his compatriots aside to tell them of his discovery.

Allowing their curiosity, and a nagging suspicion that the rebellion may not be as "evil" as Felix would have liked them to believe, the party travels into the poor 4th District out along the city's wall. 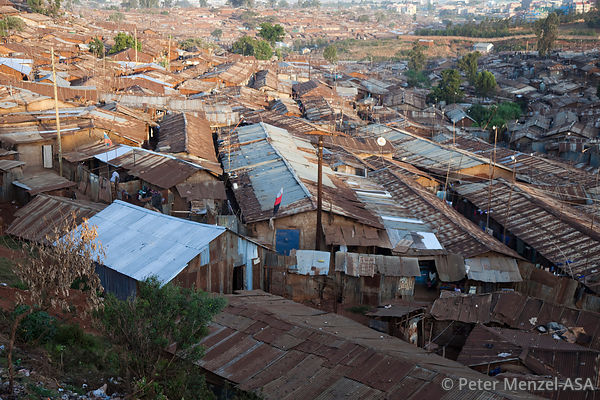 After navigating the winding shamble, they come to the address given to them by Rick. Zodias uses his "borrowed" trinket to tempt the crone guarding the door into letting them in, and she shows them down into the rebel base of operations. Rick introduces himself as Rodrick, the very same who Zodias had been referred to earlier when trying to inquire about the Crown of Flame. He then introduces his boss, Vivec, a female dwarven pyromancer.

Vivec explains the purpose of their rebellion to the group, but demands that they show her the relic stolen from her people ages ago. Zodias draws her ire when he refuses to fully display the crown, and uses the momentary lapse in her calmness to peer at her inner fire and determine that she is driven to her cause by both ill portents and the many abuses of power by the state. Zodias finally reveals the crown, allaying Vivec's anger. Gent offers that their group may be able to help her group return to the material plane without further bloodshed of her own people, and Vivec agrees to let them go and explore these options on the condition that Garamond stay with them. Felicia eagerly volunteers to keep him company, much to his chagrin.

Eoghan had chosen to stand watch out in the shadows of the ramshackle slum while the rest of his friends talked with the leaders of The Materialists. A bit after they had vanished from his sight, he spies a tell-tale bit of commotion as the denizens of this dusty place start to flee from something out of his line of sight. Unbeknown to Eoghan or the rebels, they had been sold out by one of the new recruits, who had led the city and state guard to this area in an attempt to shutdown the rebellion. While several of the guards were busy breaching into nearby hovels, Eoghan sets an arrow alight, firing into the neighboring block in hopes of creating a distraction.

While he was indeed able to start a fire, the guards in that same alley clearly saw the tall elf-man and charged after him. Eoghan chose to flee with Cana, scampering up the poorly-constructed homes, but was unable to prevent the guards from taking a swipe at his furry companion. He continues scampering up and over the mess of housing in hopes of ambushing the guards who are hot on his tail. An explosion rips the roof out from under Eoghan as another group of guards breech into the apartment below his feet. He falls down to the floor below directly in front of 2 guards, and is able to dispatch one at the cost of one of his short swords. The other guard neatly stabs Eoghan in the gut, wounding him severely. Eoghan tosses a lit oil lamp at the remaining guard and his 2 reinforcements, before trying to ram through a wall into the next apartment. Owing to his injured nature, Eoghan topples over amidst the rubble.

The rebels and group down in the underground hidey-hole are quickly made aware of the search for their location via the various breaching explosions. Felicia and Garamond are outfitted with Fire Mittens, and all are ushered down another hallway away from the original entrance to this basement room. Gent calls light from his staff, but in the moments needed to concentrate on the spell he misses the large heavy door that the group had been unknowingly charging toward. He crashes into the door and out into a freshly breeched apartment directly in front of 2 city guardsmen. Gent spots a boy who is clearly the son of Rolph behind the guards, and having been spotted the younger dwarf quickly hides himself behind a wall.

Zodias quickly tosses the vial of elemental fire he had taken earlier off to the side of the guards in an attempt to either save Gent or possibly just set more of everything on fire. The viscous liquid coats everything like napalm and quickly sets the shack ablaze. In the distraction, he is able to draw the flames from the structure into himself and release them as a blast directly at the 2 guards. The guards flew across the alley and smashed into the wall opposite.

The group finds themselves thoroughly separated, with the ranger on the ropes, and peril all around. What awaits our heroes during the next sesssion? Will anyone manage to save Eoghan? Will Gnur finally manage to ride Cana? Can Gent make it back to Magic 'r' Us without receiving too much unwanted attention?

The ranger is badly injured, and the rest are separated and their fates now entwined with that of the…

After narrowly escaping the clutches of Das Uber-Zombies and awakening the sleeper within the basement of the ziggurat, the…