The ominous infection caused by Ratu's influence on the Plane of Fire has moved within striking distance from the city of Redrock's outer walls; Garamond has convinced the king of his sincerity and slain another shell of Ratu; Eoghan, Gent, Gnur, and Felicia are still down in the catacombs fighting what are presumed to be bats; and Dorrance had a close encounter of the dead kind. He got better though.

What will befall our clanking crew this week, in Dungeon World?

Garamond stared out the window next to King Octavian as the king's mouth just hung open. He managed to stammer out, "It's been dormant for years... I... I'm not sure what to do about this!"

He wasn't sure either, but Garamond was brought back to the reality that his compatriot was laying on the ground, mostly dead. Excusing himself, the paladin rushes over and channeled some holy healing into Dorrance's battered and bloody frame. Try as he might, he was unable to resuscitate the skin on the back of one of Dorrance's hand; it seemed to retain its pallid gray tone around what appeared to be a small circular burn mark.

Back in the catacombs, an invisible Eoghan made quite a show of dispatching 3 guards watching over the various cells in jail corridor. Between Gent and Eoghan the locks and magical devices were disabled, allowing both Justin McShane and the newly discovered Zodias to be freed from their bonds. Both were however almost naked.

The reunited misfits heard the whistling calls of the horrible Dodecapusses echoing through the underground pathways, and decided the only viable option was to head up the stairs and maybe find Zodias' and Justin's belongings along the way. At the top of a tight spiral staircase, Gent extinguished his light and Eoghan attempted to figure out what was being discussed on the other side of a closed door.

Just as he was starting to get a bit of the conversation about "Finally, getting what we deserve!" the door burst open on poor Eoghan. He peered past the Knight of Utar and into Prelate Cephus' kitchen, filled with 14 of the knight's closest friends, and quickly launched into action. Sprinting into the room, he managed to catch several of the knights off-guard, and quickly grabbed some of the confiscated gear sitting on the kitchen table. Luckily, he had grabbed the elemental fire that Zodias had ahem acquired at Justin's shop and quickly tossed that at a group of guards standing in the corner. The violent confrontation even saw Gent getting stabbed in the back by a teleporting Arcanist while another charmed him into seeing illusions of horrible spiders everywhere.

Note to self: don't force a wizard to see his most feared creatures; he will melt your face off in a moment of panic.

Zodias & Eoghan dispatched the remaining knights, and Gent took a peek out the door of this room. The commotion they had made was drawing quite a bit of attention, and he slammed the door shut just as Prelate Cephus was coming to the top of his stairs. Justin McShane luckily had a solution as he completed the runic blood spell he'd been drawing on his arm: his flesh turned to stone and he doubled in size. Using his newfound hulking form, Justin smashed through the outer wall, and the gang managed to escape the prelate's grounds as an eerie grayish light erupted from the windows of the building and settled into the assembled knights and city guard.

Garamond and Dorrance are being escorted by the king down to the palace jail, in hopes of reuniting with their friends and starting to set this deepening conflict to rights. Unfortunately, they found themselves confronting multiple Dodecapuss monstrosities, and Garamond found that he was quickly taken off balance. The creature lifted him off the ground even as it advanced toward King Octavian. Dorrance felt a tug at his life and left his pursuit of armor to dash back and protect Garamond and the king from this servant of Ratu. As he held true to his pledge before the black gates, he became an agent of death, gaining awe inducing strength, speed, and endurance has he hacked through not one but two Dodecapusses in a purpose-driven rage.

The king bolted out of fear, and ran out to the castle courtyard stammering "I...I need to see my people!" Dorrance and Garamond escorted him out of the front door of his palace, greeted by the terrified faces of thousands of Redrock's residents. The city guard had begun organizing the displaced residents as best they could, and the King saw to it that Garamond and Dorrance would head back deeper into the castle to find wherever those miserable creatures had come from. He dispatched a detachment of soldiers to follow the two heroes, who quickly fell into line given the divine authority granted by the magical axes previous gifted to the pair by the king.

As Garamond and Dorrance retraced their steps, they found it to all be eerily quiet as they entered the underground armory warehouse. Garamond investigated the helmet on an exquisite piece of polished armor, and found that it was detecting some evil energy coming directly from the armor. Just as he made a motion to defend himself, the armor separated violently into a maelstrom of flying metal as the dodecapus hiding inside launched an attack on Garamond and his men. 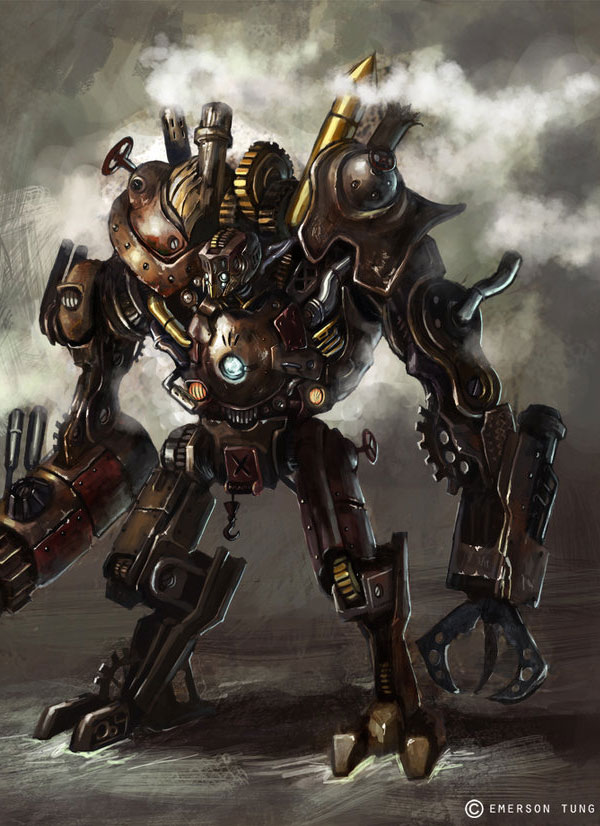 Dorrance and his group of soldier similarly saw themselves under attack by a group of dodecapus creatures that had animated a large mechanical exoskeleton made of petrified wood and metal. The creatures used their new toys to lay waste to the assembled force, as Garamond and Dorrance quickly tried to work out a way to subdue the creatures.

After escaping the grounds of the Prelate's house, Gent forged a quick note and stamped it with the seal of divine authority. While starting to push through the crowd, a giant sinkhole collapsed the city street accompanied by the screams of citizenry who were falling to their likely deaths. Using the writ, they were able to compel a city guard responding to the calamity to help get them into the castle grounds and up through the assembling mass of humanity.

As they approached king Octavian, the guards saw the unmistakable Seal of the Prelate and lowered their weapons at the newcomers. Gent called out to Octavian and set the situation to right by returning the prelate's seal after forgetting to do so earlier in the day. While Gent and Justin fill the king in on their recent escapades, Eoghan and Zodias head into the castle to meet up with the long-separated Garamond and Dorrance.

They came upon Garamond just as he was able to leverage his divine connection to Utar and lay waste to the hermit crab dodecapus in the magnificent armor, thankfully without damaging the goods. Dorrance likewise used his connection to some kind of spark and tossed several small kegs of recently acquired highly volatile explosives at the combat-mech exoskeleton.

The heroes were able to relay information back and forth over Gent and Eoghan's mental link as the 4 physical combatants head down into the tunnels to search out the source of these monsters. Gent and Justin are similarly tasked with putting down the rebellion of the arcanists' guild in the magic quarter. All set off in their respective directions and ply magic and mettle against the onslaught of horrible things likely waiting for them in every shadow.

When last we'd left our heroes, Gent was off on his own in a shard of the Astral plane…

Much has happened since the last time we encountered our plucky band of transients. Vivec of the Materialists rebellion…